With a two-year head start, you’d think that the Amazon Echo would be the clear winner over the relatively young Google Home… and you’d be right.

Echo currently owns the market that it invented.

Google is making a big push into the smart home assistant space and I must say that its initial offering is really good.

It can do some things that the Echo can’t but it’s not quite there yet.

Let’s compare the biggest features of both the Echo and the Google Home so you can see for yourself.

The first thing I did after I got an Amazon Echo was to purchase a smart plug. The thought of turning on my living room light by just saying it out loud seemed like a miracle to me.

I’ve since gone off the deep end with smart home devices. Smart locks, a smart doorbell, lights that change color using my voice, a smart coffee maker and on and on.

The issue is now getting all these things to work together. With the Echo, as time has passed, it now supports many devices natively without 3rd parties like IFTTT.

IFTTT (if this then that) is a service that allows you to expand the capability of the Echo and Google Home. You do this by creating “recipes” that complete actions. For Example:

1. IF I tell Alexa to shut the garage
2. THEN Shut the Garageio smart garage door

The problem with IFTTT is that it has to run its commands over the internet. That causes lag time.

It can also become completely unreliable, not firing the action command at all.

That’s where the Echo currently has the advantage.

With many smart home devices, you can install a “skill” that allows you to turn on and off many devices like Wemo smart plugs without having to use IFTTT.

To give you an idea, the Google Home currently supports Nest, SmartThings, and Philips Hue.

The advantage here goes to the Echo. You can be certain that Google is working on adding more partners because if they want this product to be successful they’re going to have to. 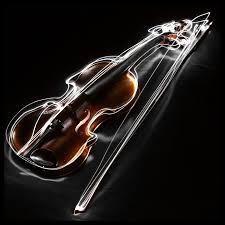 The idea of playing just about any song, anytime you want by just asking is another thing that totally blows my mind.

In the future, we’re just going to take this for granted, like indoor plumbing.

You can find the usual suspects on both devices like pandora and Spotify. You can also listen to TuneIn for all you podcast junkies like me out there.

For pure music, the Google Home has a better catalog of songs.

That’s because of its connection with Youtube red (you get a free 6mo trial right now when you buy a Google Home).

It also understands which songs you want to play better than the Echo.

For example, if you want to play “Blaze of Glory” from Bon Jovi…

On the Google Home, you could say something like “Ok Google play Bon Jovi songs from the Young Guns soundtrack” and it will play it.

The Echo will just tell you “I can’t find songs from Jon Bon Jovi” and tell you to link your iHeartRadio app, for whatever reason.

Advantage goes to Google here but Amazon recently added it’s own Amazon Music service. I fully expect the Echo to get better at understanding which songs we want to hear in the future.

Questions – Who Was In That Movie Again?

To start I’ll say that the Echo isn’t terrible at answering questions. It’s pretty good if I want to know something simple like who won the World Series in 1988.

The Google home, however, allows you to ask multistep questions like…

You: “Who is the lead character in the new Dr. Who Movie?”
Google: “Benedict Cumberbatch”
You: “What else has he been in?”
Google: “Star Trek Into the Darkness, Sherlock Holmes” etc.

The advantage clearly goes to Google here but I will say that asking questions is not something I do every day. Because of that, I don’t find it very useful in my life.

This is something that not many people talk about but it has absolutely revolutionized my life.

The ability to create reminders by voice allows me to get everything out of my head and not have to worry about forgetting simple things like picking up eggs at the store.

“Your brain is like a computer. If you fill up its RAM with the things you have to do, you don’t get anything done,”

Getting trivial things off my mind allows me the mental clarity and freedom to think about and accomplish larger things.

There are many productivity apps that you can hook the Echo into like OmniFocus and Todoist.

You can also create events inside of Google calendar with the Echo which, inexplicably you can’t do with the Google Home at the moment.

Alexa also comes with a simple to do list and can create reminders. That’s another thing that the Home can’t do right now.

To me, this is the deal breaker for the Google Home. Until they add the ability for reminders and integration with their own services like Google Calendar I just won’t use this thing.

While the Google Home isn’t quite there yet I’m really very excited that big G decided to create a smart home assistant.

Competition is good for any device and serves only to make the category better.

There is news of amazon building a new Echo with a touchscreen and an even better speaker, presumably for the kitchen.

It will allow you to do things like bringing up a recipe or a video showing you how to quarter a chicken by using your voice. That comes in really handy when your hands are wet or you have flour on them.

While Amazon has been talking about a “Kitchen Computer” for a while now, the “better speaker” probably comes from trying to compete with Google Home.

As for Google, they’re working on getting more support from 3rd party smart home device makers.

They’re also opening up Google Actions which allows developers the ability to create apps for the Home much like Alexa Skills.

My biggest concern for the Google Home is if it will in fact still be here in the next 5 years.

If you setup the Google home to be your smart home controller and personal productivity assistant and they pull the plug… Well.

Apple is also rumored to be entering the space with a Siri-enabled product but they have a long way to go to catch up with the superior Google and Echo AI.

It’s going to give the Echo a run for its money.