Almost every hands-free speaker on the market can be traced back to Amazon’s revolutionary launch of the Amazon Echo.

Ever since the Echo, companies like Google and Apple have offered their spin on a speaker that plays music, provides information about the weather, calls others, or even controls smart home devices.

Currently, there are several tiers of the Echo brand offered by Amazon, but two stand out for their versatility and power—the Amazon Echo 2, and the Amazon Echo Plus. Since both products look relatively similar, it can be difficult to understand why the pricing and reviews vary wildly between both offerings.

We’ll be looking at differences between the two products regarding specifications, technology, and design.

We hope that this guide will help you come to a decision on which Amazon Echo device is right for you.

If you want a quick break down of the best aspects of the Echo 2 and the Echo Plus, we’ve assembled our top reasons to purchase each product:

We’ll be going over what these differences are—including which products will give you more control of other devices—and which will provide the best sound quality for your home.

The Amazon Echo 2 is the second generation of the now-discontinued and original Amazon Echo. Changes are mostly aesthetic from the original flagship product, but a few internal tweaks make the Echo 2 a formidable device for any home.

The original Amazon Echo was known more for its capabilities with Alexa than for any impressive audio quality. The Echo 2, however, tries to bridge the gap—with improved internals that will provide better music reproduction.

These opposed speakers provide a good balance of highs and lows in audio quality, and most reviewers feel that the product can fill a room with sound quite nicely. With each passing update, Amazon continues to improve the sound of the Echo 2.

However, the Echo Plus does have a slightly larger tweeter making the highs and mids sound a bit better. Amazon pushes multiple Echo units per household rather vehemently in marketing, so purchasing another device may alleviate this problem.

As a side note... Amazon does also have a fantastic music service. Music Unlimited. So when you're ready to give those speakers a push, I would highly recommend you check it out.

All Echo devices—including the Echo 2 and Echo Plus—are built primarily on the Alexa voice-recognition technology.

Amazon’s Alexa has the capability of learning your speech patterns, distinguishing your voice from others, and operating under loud environments. The power and versatility of Alexa sets the Echo speakers apart from Apple’s HomePod, Google Home, and similar products.

On the note of voice-functionality, it’s worth discussing that some owners of Echo 2 units have reported a considerable amount of delay when requesting information from Alexa.

It seems that the aesthetic design and customizations do have a small but important downside.

There is built-in support for products like WeMo, Philips Hue, SmartThings, and others that will allow you to lock doors, turn off the lights, and set the temperature in your home. Support for other brands in the smart device market—such as a Zigbee or Z-wave—unfortunately aren’t natively available.

If you own a Zigbee-enabled device and would like to further the capability of Alexa, you’ll need to purchase a SmartThings Hub or similar product in to access deeper functionality.

The original Amazon Echo focused on a bold and monolithic design—but the Echo 2 tries its best to fit in with the furniture already in your home.

Currently, five finishes are available for the Echo 2 and include oak and walnut wood finishes, as well as grey, white, and black mesh coverings.

These finishes will let your Echo 2 blend with your furnishings better than the Echo Plus or most other smart devices in the home. Since the Echo 2 is also smaller and lighter than the original Echo or the Echo Plus, it’ll easy win any battle of style between other digital media players.

Pros & Cons
The Echo 2 is a definitive improvement on the original Echo and provides some powerful features for a generous price. Customization can be utilized on the unit to empower the Echo 2 to do far more than it can right out of the box.

While initially a problem, the sound quality has been greatly improved with a recent software update. Users complained of low sound quality but apparently it was just the way that Amazon had equalized the audio.

The Amazon Echo Plus is the larger (and more expensive) development from Amazon and features a few added modifications to justify a price and size increase. The Echo Plus derives its design from the original Amazon Echo and comes in three striking metal finishes.

One of the primary advantages of the Echo Plus to the Echo 2 is the development of control for smart devices.

According to Amazon, hundreds of devices are compatible with the Echo Plus. This includes Wi-Fi & Bluetooth devices, lamps, thermostats, and more. The Zigbee smart hub—a popular operator of smart devices—is also built into the unit.

Z-wave support, unfortunately, does not work natively with the Echo Plus, so deadbolts, relay switches, and other Z-wave products listed on the Z-Wave website won’t work with the Echo Plus right out of the box (you would have to purchase a secondary hub like Wink or Smartthings).

Another feature built into the Echo Plus is the fact that it comes with a larger tweeter. Not a huge deal but it does make a small difference.

Also, Echo 2 was noted for the delay in voice recognition, the Echo Plus has no such issue—in large part due to the strength of the seven built-in microphones and processing power advantages that come with a premium product.

If you’re specifically looking for audio quality in a smart speaker, the Echo Plus is the definitive winner here.

While the Echo Plus boasts a louder speaker and more options for smart home devices, limited customization options and the premium price do hurt the speaker’s overall value.

Ultimately, both the Echo 2 and the Echo Plus make compelling cases for purchase, but each choice is dependent upon what you’re looking to gain out of a plugged in smart speaker.

If you’re looking for audio quality, the Echo Plus is a great option for you.

If you want a respectable and valuable product in a small package, the Echo 2 works great as well.

In fact—if you want a focus on smart home capabilities—the Echo 2 performs great with the SmartThings Hub to provide comprehensive coverage over many smart devices—making the Echo 2 a stronger product than even the Echo Plus. 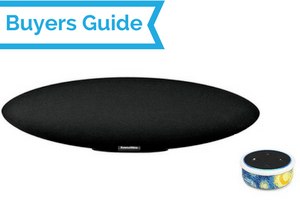 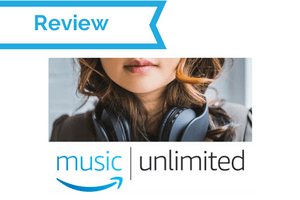 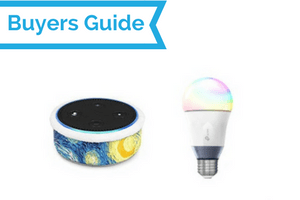 Arlo vs Nest: Surveillance for Your Smart Home