Why pay exorbitant premiums on a smart TV when companies like Amazon and Google are offering the same features for a fraction of the cost?

The rise of what’s being called digital media players has allowed homeowners to browse the Internet and access subscription services like Netflix on their Tv’s without the wires or the hassle.

After going through some pros and cons, we’ll be breaking down the key features of each device, possible shortcomings, and figuring out which product is right for you.

If you’re looking for a clear and succinct comparison between the Fire TV and the Fire Stick, we’ve got you covered.

At a glance, here are the top reasons to buy each product:

Here’s an easy way to look at the difference between the Fire TV and the Fire Stick—imagine the Fire TV is the premium version of the same car. One may be more capable, but is it worth the extra cost?

If you’re not sure, keep reading—we’ll be answering that question as best we can.

The Amazon Fire Stick is Amazon’s cheapest offering into the digital media player market, and in terms of design, it does show somewhat.

For around $30, you get a small plastic remote with microphone and the Fire Stick itself—which looks like a small, black USB drive. There’s no real manual either—just plug the device into the television and to power, follow some instructions to connect to Wi-Fi, and you’re good to go.

So what can we get from a thirty dollar thumb drive? As it turns out…more features than you’d expect.

One of the primary selling points of any digital media player is the ability to stream movies and television shows from a variety of subscription services (many free).

For the Fire Stick, Amazon didn’t hold back—with a reported access to half a million television shows and movies across Netflix, Hulu, Showtime, and Amazon Prime.

More on this later.

Subscription services you may already have are added manually to the device and accessible as “channels” on the user interface. Since you’re using a remote to access the products as well, you’re not stuck with using a laptop or phone to control the device like other players.

For those of you with 4K televisions, however, there’s a small problem—as you’re only going to get 1080p HD quality out of the Fire Stick. For anyone used to the level of detail in an Ultra-HD display, the Fire TV has that option for you.

The Fire Stick works natively with the Amazon Prime service, which allows access to television shows, movies, and songs without any advertisements. While other streaming services may require a bit of set up, Amazon Prime works essentially right out of the gate.

However, it’s worth noting that the Fire Stick is essentially stuck with Amazon’s built-in user interface.

Customization options are limited, so installing a different interface or applications without the Amazon stamp of approval will seriously slow down the Fire Stick, or in some cases, not be possible at all.

We’ll be talking more about customization options in the Fire TV portion of this review.

One of the features that helps Amazon stand out against other digital media players is the large library of games.

Popular titles like Minecraft or The Wolf Among Us can be accessed through Amazon’s interface. Although, it’s worth noting that—for many of these offerings—you’ll need to purchase a gaming remote from Amazon and connect it to your Fire Stick.

Since the Fire Stick itself is very inexpensive, you’ll probably be paying more for the remote than the player itself.

For those with children or those who are looking for a digital media player that can double as a gaming console, we recommend pausing before purchasing the Fire Stick.

The software and hardware limitations of the Fire Stick can often cause stuttering frames and serious lagging when playing larger or more graphics-heavy games. In some cases, these games will only be capable with the Amazon Fire TV.

If you have a specific game in mind, it may be worth checking out reviews of the Fire Stick to see if it’s capable of running the game at an acceptable quality.

If not, the Fire TV may be more valuable to you.

Alexa - The Alfred To Your Batman

Both the Fire TV and the Fire Stick come with microphone-enabled remotes that allow access to one of Amazon’s most powerful features—Amazon Alexa.

Alexa gained popularity when paired with Amazon’s voice-activated speaker, Amazon Echo. The company has continued to develop the software and voice recognition needed to run Alexa, which has enabled the Fire TV and Fire Stick systems to be operated almost entirely without tactile controls.

Using the microphone button on the top of the remote, Alexa can understand most common requests. You can ask about the weather, play a certain movie, and even order a pizza.

Similar digital media players either lack access to Alexa or lack voice controls entirely, so to be able to utilize Amazon’s software at such a low price makes this the best reason to purchase the Fire Stick. And if you own an Amazon Echo already, you may be able to pair with your Fire Stick or Fire TV for easier access.

When comparing the Fire Stick to other digital media players, the competition leaves a lot to be desired. With Alexa and gaming capabilities without any hassle in installation, the Fire Stick is a powerful device in a small package. However, it’s not exactly Amazon’s best offering when it comes to performance.

Here’s a short list of what’s good and bad about the Fire Stick:

Fire TV is almost twice the price of the Fire Stick and doesn’t seem to be all that different on the surface.

The Fire TV looks like a bulkier cousin of the Fire Stick—jutting out like a hard drive from the back of your television and hanging limply off of the HDMI port. You get the same plastic remote and set it up through Wi-Fi or Ethernet via an adapter sold separately.

However—on the inside? The Fire TV is a different beast entirely.

4K & HDR Capability - Sharper Than Real Life
​
One of the primary ways Amazon differentiates its two offerings is through 4K support and HDR capability. Where the Fire Stick is weak, the Fire TV is formidable.

Streaming on the Fire TV will give you access to 4K Ultra HD when available and allow you to stream at 60 frames per second. Those with an Ultra-HD display will be able to fully utilize their investment through the Fire TV, and Amazon Prime has thousands of movies and television shows available at this metric.

Anyone with a Dolby Atmos-enabled sound system will also be particularly interested in the Fire TV. The digital media player is capable of wirelessly connecting to any Dolby Atmos device and play audio through your already-established sound system.

The Fire TV is able to provide this jump in quality partially due to the 1.5Ghz Quad-core processor that comes built-in to the device. You’ll find that many of the advanced features and capabilities of the Fire TV make use of this additional processing power.

As with other features, it may be in your best interest to keep the device connected to the Internet via an Ethernet cable—sold separately. 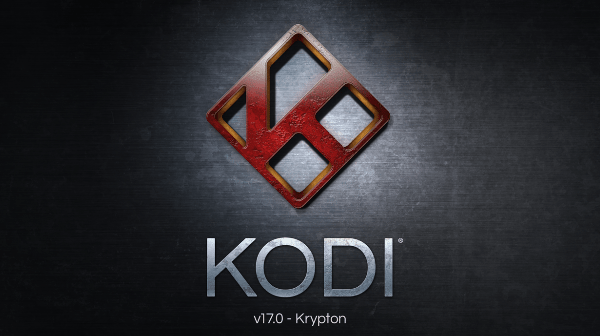 Kodi is an open-source, third-party interface for smart televisions and digital media players that began life inside of Microsoft’s Xbox system.

Kodi is a labor of love by a multitude of different engineers and software developers and isn’t as limited as Amazon’s native interface for the Fire Stick and Fire TV.

However, you should be warned—due to the open source nature of the Kodi interface, it is your responsibility to understand what is and is not safe and legal when using the system.

It’s important to note that—while both the Fire Stick and Fire TV have the capability to connect to Kodi and similar products (without “jailbreaking)”—the Fire TV is far more likely to fully utilize the technology.

Kodi’s functionality with the Fire Stick is typically limited. Due to the weaker specifications in the system, Kodi is slow, buggy, and almost impossible to use. The Quad-core processor and better specifications of the Fire TV eliminate that problem.

If you want to take control of your digital media player and unlock the full capability of your investment, the power behind the Fire TV is your best bet for smooth, clean performance.

Playing graphics-intensive games on an Amazon device and utilizing the Amazon game controller requires the full capability of the processor inside, and the Fire TV is simply a better product than the Fire Stick when it comes to gaming.

You can expect a relatively lag-free experience while gaming on the Fire TV and access to the most certain games that the Fire Stick isn’t even capable of downloading.

While the price point of the Fire TV is higher than most digital media players, it is certainly far lower than the price you can expect for gaming consoles with similar offerings. Of course, for all its capability, the Fire TV isn’t going to be a gaming machine anytime soon—but works perfectly for casual gamers or those with children.

If you’re using your Fire TV with Wi-Fi, you may experience lag on both the Fire TV or its more cost-effective cousin. Amazon is gracious enough to offer Ethernet support—but not right out of the box.

Another purchase and another dongle will be required for heavy streaming or heavy gaming to run as smooth as possible.
Pros & Cons

Overall, the Fire TV is a better product than the Fire Stick—but that may not make it the better option for you.

The Fire TV splits the difference of skills between a computer, console, and media player. Devices specifically focused on one over another may be better equipped or more financially feasible for consumers.

Here’s a short list of what’s good and bad about the Fire TV:

There’s no clear winner or loser in the battle between the Fire Stick and the Fire TV. The best digital media player for you will depend on your individual needs and desires.

If you need a cost-effective price, want to stream to a standard HD display, and would like the benefits of Amazon Alexa, the Fire Stick is a great option and one of the best digital media players on the market.

If you need a powerful processor in a small package, strong customization options, and a solid gaming system, the Fire TV is worth the extra cost.

If you’re unsure of customization or how much usage you’re going to want, it may be best to stick with the Fire Stick and upgrade from there—if necessary.

We hope that this guide has helped you decide between the Fire Stick and the Fire TV. Whichever you choose, it’s hard to go wrong. 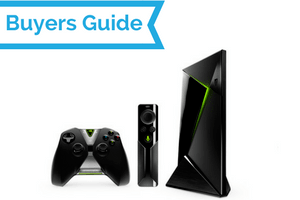 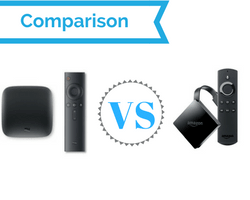 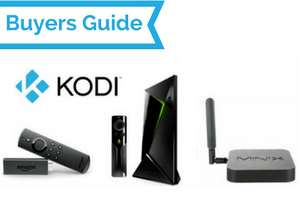 These Are The Very Best Wireless Earbuds For 2020