Ever heard of the “cord cutter” movement? It’s an ongoing trend of people breaking off their relationships with cable companies and switching over to streaming services such as Netflix and Hulu exclusively.

It’s an inevitable side-effect of cheap broadband rollout and coverage. Just a few years ago streaming high-definition content would have been unthinkable, but now even the slowest connections can at least handle DVD-quality streaming.

There have also been dramatic improvements in video compression driven in part by faster hardware. Even a bottom-end smartphone can now natively decode HD video as part of its hardware features. Effectively we get better or the same video quality for less bandwidth.

Even so, big providers such as Netflix are absolute bandwidth hogs. At the end of 2015 36.5% of all US internet traffic was Netflix.

Streaming Comes to the Lounge

If streaming video is going mainstream, it also means that it has to happen in the mainstream consumption space too: the living room. While the smartphone is steadily eating the TV market most households still watch TV together on the same screen. So the question is how exactly do you get the internet to your TV?

In the past, your only option would have been a clunky HTPC, but now you have more choices than you’ll ever need.

From using your phone with a Chromecast to buying a “Smart” TV, getting your stream on is pretty easy these days, but in this article, I’m going to look at Android TV boxes and how they can get the job done.

This is actually a pretty easy question to answer. An Android TV Box is a tiny computer that you hook up to your HDTV. Inside it has the guts of a smartphone, it’s just missing the touchscreen.

Instead, you control it with a remote or special Bluetooth keyboard and mouse meant for living room use.

Why Use an Android TV Box?

There are a couple of good reasons you’d opt for an Android TV Box over other choices. The first one that comes to mind is that it’s way cheaper than any other option. If you have a perfectly good TV it makes no sense to buy an entirely new TV just to have smart functionality. HTPCs, Apple TVs, and gaming consoles are also more expensive.

If all you care about is streaming video a good Android Box is the best way to do it. It also has the advantage of letting you modify it and install whatever apps you want. That’s also true of HTPCs, but game consoles and Apple TVs are walled gardens where you only get to watch what they let you.

These boxes can be pretty versatile too! There are many Android games and other non-video apps that will work just fine on them. Although there is no guarantee that a specific app will. Usually, it’s better to stick to apps that have been designed with Android TVs in mind.

This could not be easier. After buying your Android TV Box you just connect it to the HDMI port on your TV and switch it on. If you’ve ever used and Android phone (or any smartphone really) you’ll be at home with the interface.

One awkward thing can be the terrible quality of the included keyboard remote. As a rule, I prefer to buy a Bluetooth touchpad and keyboard combo. It just makes everything so much easier.

Once you’ve connected the box to your WiFi or ethernet cable, you can use apps like those from Netflix or Hulu. These are exactly the same apps you’d find on your Android phone and they work the same too.

Usually, all the apps you are most likely to want are pre-loaded, but if not you get them from the same Google Play app store as all the rest. You can also “side-load” apps by downloading the APK file via the built-in browser, but only if you know what you are doing.

Speaking of third-party apps, you’ve probably heard of an app called Kodi spoken about in hushed tones wherever Android streaming is mentioned. While you can get Kodi from the official app store, it’s not a polished commercial product like the Netflix app.

Kodi started life as a piece of software for the original Xbox called “XBMC” or “Xbox Media Center””. It has since grown to be one of the most versatile home theater software packages across all platforms.

Kodie gives you access to both local and internet content all in one easy interface. There are no barriers to what you can watch or access through Kodi.

The reason people who are on the fringes of the community tend to think of Kodi as a sort of black market piracy system is because you can, in fact, watch things illegally with Kodi. That’s not a criticism of Kodi. After all, you can watch pirated content with just about any system not completely locked down with copyright protection.

The bottom line is that you have the responsibility of making sure the content you view through Kodi is not illegally procured. Regardless, Kodi is an excellent app that can give you access to some of the live streaming content, such as sport, we often have to give up in order to become cord cutters.

Kodi deserves its own dedicated guide, but as a quick overview, I’ll mention the basics.

When you’ve installed Kodi through the app store and you want to add video content, just do the following:

That should get you running, but there is so much more you can do, so invest some time in researching good Kodi guides.

While Android boxes are pretty great, they are not all created equal. There is some truly awful and cheap junk out there, so don’t be tempted to simply buy the cheapest product you can find.

I’ve put together reviews of some Android TV Boxes to get you started on the right path. So be sure to have a look at them before whipping out the old credit card.

how does android tv box work

How To Set Up that Echo Dot and Keep It Up Too!

The Best Outdoor Speakers In 2018 – Turn Your Boring Backyard Into “The Best Party Ever!” 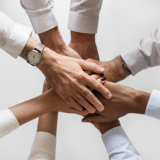 We are a group of passionate geeks whose sole aim is to help simplify and solve your problems by clarifying solutions related to home automation, entertainment, and security.

We help make your home safer and more entertaining.

DON’T MISS OUT ON REGULAR UPDATES, CONTESTS AND GIVEAWAYS – SIGN UP TO OUR NEWSLETTER TODAY!