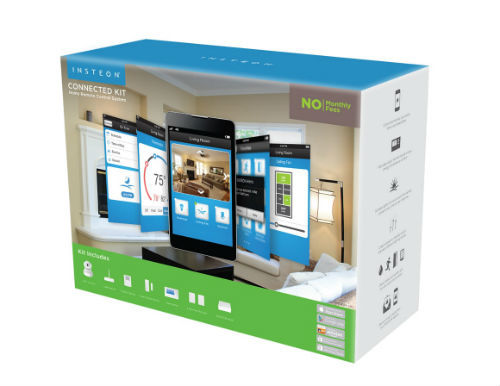 Insteon smart technology is helping to set the bar for home automation, offering a simple and straightforward method for connecting different devices. The network allows you to remotely control all aspects of your home, from mood lighting to security systems. No matter where you are, Insteon offers the flexibility and dependability you need to take care of your property.

There are several key features to highlight. Let’s take a look at them.

How Safe Is Your Smart Home Network From Going Down

Insteon operates using a wireless mesh network, meaning that you can connect multiple devices to cooperate and efficiently send and receive data. Unlike routed networks, a mesh network prevents a single non operational device from affecting an entire home network and potentially bringing it down.

Users won’t have to worry about slowing, stuttering, or a bottleneck effect. Insteon technology allows the mesh network to extend over both wireless and wired devices throughout your home.

100 Times More Reliable Than Other Networks

Unlike other smart home networks, Insteon uses both home power lines and wireless signals to connect with devices. X-10 compatibility allows users to send digital information through hard-wired lines using short bursts of radio frequencies. Information can effortlessly pass between layers, allowing you to include a wider range of devices and appliances in your network.

Incorporating Simulcast technology helps Insteon to address dozens to hundreds of devices within the home to your network at the same time.

Instead of using a predetermined network "route," which can be complicated and expensive to maintain, Insteon uses Simulcast to repeat messages simultaneously to every node in a network quickly and efficiently. This allows you to add devices and scale up your home network without running into performance issues. You can also create "scenes" to control groups of devices, allowing you to easily set the mood with lighting, music, and more.

Is Insteon Going To Become Obsolete?

Insteon’s state-of-the-art StateLink technology helps to prevent devices from becoming obsolete over the years. It allows the system to interact with old, new, and upcoming automation devices since different nodes don’t necessarily need to be able to “speak” to each other to communicate. This means that users aren’t forced to upgrade their home technology every few years, saving both time and money.

How To Control Your Smart Home From Anywhere

Insteon can seamlessly connect with a mobile or web-based app so that users can control their home network anytime, anywhere. You can use your phone, tablet, laptop, or other mobile devices to adjust lighting, locks, home media systems, and even your thermostat. Automated email and text alerts let you know when certain features are triggered, instantly telling you what appliances are currently in use and what needs servicing or maintenance.

Now, for a more in-depth look at Insteon and how the system stacks up.

Compatibility: 4.5/5
The Insteon system is fully integrated, allowing users to connect with any number of 3rd party services and devices. You can control electronic devices such as cameras, hubs, dimmer switches, and more with technology that’s already available at your fingertips. The Insteon Hub comes with built-in support for some of the biggest names in home automation, including:

- Amazon Echo: Insteon can connect with Amazon Echo, Dot, Fire TV or any other Alexa-enabled device. Instead of relying on a computer or smartphone, however, using Echo lets users control setting with just their voice. You can access systems that are connected to your Insteon Hub, or you can group Insteon devices with 3rd party electronics and control them all simultaneously.

- Logitech Harmony: You can control Insteon devices using a Logitech Harmony remote. It’s even possible to integrate other devices such as lights and media, allowing you to quickly and easily set the scene day or night.

- Google Home: Users can control their Insteon home automation system with voice commands or from a mobile app. The Insteon network can connect with Google Home devices such as the Nest Learning Thermostat as well as LED lights, wall switches, motion sensors, and more.

- Sonos: Insteon can connect with and control Sonos speakers. You can program up to ten preset settings for your favorite stations, or you can integrate music into your preset scenes.

- Apple HomeKit: Insteon recently introduced a way to enable hubs to connect to Apple Homekit with the Insteon+ App. In addition to letting users control Insteon and HomeKit devices side-by-side, the Insteon+ App is also able to interact with Siri to give you easy access to your electronic assistant.

Product Range: 4/5
Insteon offers more than 200 products on the market, from automated lights to motion sensors. All Insteon products are fully compatible with one another, regardless of age. Here are some of Insteon’s most popular home automation devices:

It’s no secret that many home automation systems can be easily hacked. Insteon users enjoy advanced security features that help to ensure that their home network won’t be compromised. Each Insteon device from hub to lightswitch dimmer has its own unique ID to prevent neighbors and cybercriminals from controlling your devices.

Users also receive automated alerts via text or email that let them know who’s at their house and what that person is doing. You can even monitor your IP security cameras like Nest or Arlo through Insteon. Automatic error detection ensures that you know if any abnormalities are detected as soon as possible. 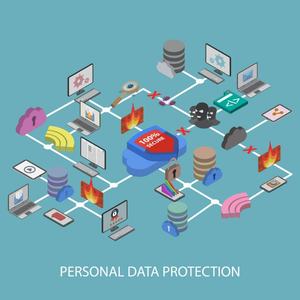 Range: 5/5
Patented dual-band technology and a strong mesh network allow signals to travel further through Insteon channels than others without interruption. This is because each Insteon device acts as a “repeater”--each time it receives a message, it sends that data to all other nodes on a network. As a result, signals get stronger as they carry, allowing you to scale up your network without issue.

Speed: 4.5/5
While other home automation networks often experience a delay when processing commands, Insteon works to ensure that your needs are met ASAP. The system uses dual-band technology and Simulcast, which both help to prevent noticeable display issues such as the "popcorn" effect, where devices turn on one at a time. Messages are transmitted in less than 0.05 seconds, which is faster than the human eye can detect.

Ease of Use: 4/5
One of the Insteon system’s main drawing factors is that it’s easy to set up and use, even for the tech-illiterate. Instead of dealing with a central controller or networking setup, users can simply plug in devices and tap the app to link various nodes in a system.

Each appliance can be controlled by any other device, eliminating the need for complicated routers or administrative devices. There’s no hierarchy to worry about when setting up a system, as Insteon only has one class of devices as opposed to its competitors.

For new users, the Insteon Starter Kit Bundle can serve as an introduction into the world of home automation. Kits come with the Insteon Hub along with some standard sensors and switches, making it easier to set up a basic network. You can find starter kits that center around lighting, such as the Dimmer Module or Dimmer Switch packages, or you can opt for the more comprehensive Connected Kit.

Affordability: 5/5
Insteon is one of the more affordable home automation solutions on the market. While it may cost thousands of dollars to install and maintain other systems, Insteon is able to offer similar services at a much cheaper rate. It also saves users money over its lifetime, as StateLink technology prevents old Insteon devices from going obsolete. You won’t have to replace your electronics with new and improved models each year to keep your home network in order, potentially saving you thousands in the long run. Additionally, Insteon doesn’t charge a monthly fee for its services like other home automation services.

How Does It Compare?

Insteon has some competition out there, so let’s see how it stacks up.

​
Insteon aims to give users complete control over all aspects of home automation, offering more settings and features than many of its competitors. While SmartThings gives you basic control over lighting, climate, media, and more, Insteon includes features such as drapery control and adjustable ramp rates for dimmers.

Insteon also uses a Dual-Band system with X-10 compatibility to allow you to connect to wired devices. SmartThings uses WiFi, ZigBee, and Z-Wave technology instead, which cannot interact with hard-wired systems. SmartThings is, however, able to interact with a wider range of device models than Insteon and can connect to hundreds different sensors and appliances.

Unlike Insteon and SmartThings, Wink doesn't sell its own line of sensors or other products. Instead, the system interacts exclusively with 3rd party devices. Wink Hub 2 supports WiFi, ZigBee, Z-Wave, Lutron ClearConnect, an improved Bluetooth LE radio, and Thread-capable radio to interact with current and future appliances. The Wink also has an EVE connect for the Tesla Model S & X. Like most other smart hubs, however, the Wink is not X-10 protocol compatible and can't control hard-wired devices like Insteon can.

While the Wink system is compatible with a wide variety of applications and operating systems, it may not be the best choice for Windows users. The Wink app is available for Android and iOS devices, but not Windows phones and computers. Insteon, on the other hand, can be controlled through the Windows system.

The Iris is relatively new to the market, and while it can hold its own against other home automation systems, it can’t match Insteon in terms of control. Insteon offers more features than the Iris, such as the ability to remotely automate drapery and choose adjustable dimmer speeds for lights.

Insteon, unlike the Iris, can connect to Windows mobile devices through its app. The Iris is only compatible with Android or iOS operating systems. The Iris hub is also unable to interact with many of the more popular home automation systems and assistants, including Amazon Echo, HomeKit, Google Nest, and more. 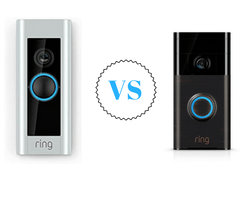 Ring Vs Ring 2 Vs Ring Pro 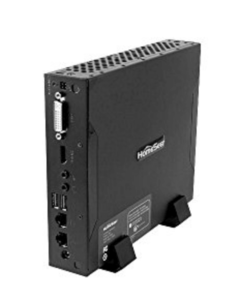