A soundbar is a speaker array that is placed below a flat screen TV. It can either be an all-in-one unit or it can have a separate sub-woofer that stands on the floor. The connection between the soundbar and the subwoofer can be either wired or wireless.

Soundbars vary widely in price. There are products for less than $100 and high-end models that can cost well in excess of $1000. There are many different technologies and design variations that all have an influence on which soundbar is right for you or whether you should buy one at all.

Since a soundbar is not a multi-speaker surround system, people often wonder what the point is of the device, since every flat screen TV has a set of stereo speakers. The problem is that even very high-end TVs have uniformly terrible speakers in it. It’s not really the fault of the manufacturers and they are still trying to fix the issue, but as of today, built-in speakers are the last resort.

Why? It all has to do with acoustics and the design of flat screen TVs. In old-style CRT units, there was plenty of space to build a good speaker cabinet and use drivers with considerable depth. It was also easy to mount them facing forward, so you could get great stereo separation and clarity.

On the other hand, flat screen TVs generally have a speaker with no room to breathe. The have low wattages, are backward- or downwards- firing. The sound is muddy, lacks bass and can make hearing things like dialogue a real pain.

Where should a Soundbar be placed?

There are basically only two places soundbars are placed. Under the television screen on your TV stand or mounted on the wall above or below the TV. It should be centered with the TV itself and face the viewers.

If you’re in possession of a soundbar that needs a certain room configuration in terms of the wall shapes and position, you’ll have to use the manual to figure out if you have to turn things around.

A far more important factor than strict placement is whether the size of the room and the distance from the seating is right for the soundbar. If no you may end up with distorted volume levels or volume too low to do the job right.

What About Surround Sound and Soundbars?

A soundbar obviously does not consist of multiple speakers placed around the room. That’s the traditional home theater setup where you can get multi-channel audio that provides directional sound.

Just because you opt for a sound bar doesn’t mean that you have to give up on that surround experience. While your average sound bar is a 2.1 channel system that has stereo sound only, multi-channel or “3D” soundbars do exist.

They usually use a clever multi-speaker array that uses the walls in the room to reflect directional audio at you. It’s shockingly effective when done right, although you’ll generally only find these sound bars at the more expensive end of the market.

It should be made clear that even the best 3D soundbar doesn’t compare to a proper multi-speaker setup, but given the expense, space and cabling requirements of those systems the difference is often not worth it.

Hooking a Soundbar Directly to a TV

There are a few ways you can connect a TV to a soundbar. Of course, it depends on the types of connections that the soundbar supports. Typically you’ll have at least RCA, 3.5mm stereo, and optical jacks. Higher-end soundbars may also have HDMI-in and can act as an HDMI hub.

If your TV is wall-mounted with an embedded single HDMI you’ll want to go with that solution. Your HDMI devices (console, BluRay, cable box, etc) all hook into the soundbar which then outputs one HDMI signal to the TV itself.

If the TV is freestanding and has enough HDMI inputs, then simply using the TV’s audio out to the soundbar is a simple solution. This does, however, come with one big caveat. Many TVs will accept a 5.1 or 7.1 audio signal, but then downmix it to stereo. So if you have a surround-capable soundbar it’s  important that you confirm your TV passes through multi-channel audio if you need it to.

If not, it may be a better idea to either get a soundbar that also acts as a receiver or to use a dedicated receiver.

Hooking a Soundbar to a Receiver

Connecting a soundbar to a receiver is essentially the same process as connecting it to a TV. Choose the highest quality audio output the receiver supports (usually optical) and then connect them!

One issue that can crop up is audio-video delay. If the sound from the receiver to the soundbar is not in sync with the picture, consult the receiver manual about tweaking delay. Alternatively, some TVs have low-latency modes that may hurt picture quality a tiny bit, but then remove sources of delay from image processing.

In the end, however, a fancy receiver may be too much of a pain to bother with, since soundbars can give you all of the most important functions.

The Price of Perfection

The high price of soundbars is a point of contention, but the advantages of soundbars over both built-in speakers and big surround systems. The market has moved on considerably from those early days and now you can get great soundbars at reasonable prices.

In fact, when I set out to find the best soundbars under $200 I was repeatedly surprised and now is definitely the time to be in the market for a new speaker system.

Some other ideas to consider 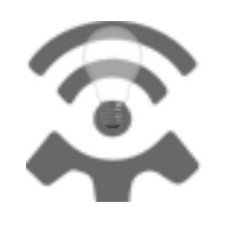 Cans of Gold: How to Choose High-end Headphones