Settling on a specific Wi-Fi system is difficult because of the technical knowledge required, the constraints of your home’s spaces, and the varying speeds of different wi-fi systems.

In this article, we’ll give you a few clues about a pair of the best home wi-fi systems on the market: the Netgear Orbi and the Linksys Velop.

With each of these products, you’ll be able to increase the speed of your network, eliminate dead spots, and patch together coverage over a huge area, if you want. Before we explain which is better, orbi or velop, let’s look at the best features for a home system.

The number one priority with a wi-fi system is that it covers your home. Each node of a wi-fi system covers a certain range and that range limits where you’ll be able to get a strong signal that doesn’t cut out frequently.

The best mesh routers can be strung together such that the signal from one provides data to another. Making a daisy chain means that you can get coverage everywhere in your home that has line of sight with one of the nodes, which is perfect for when you have a large and complex house.

The Velop is best if your home is very convoluted because each node is cheaper and has less range; the Orbi is better for large open spaces.

Most modern wi-fi systems have encryption functionality and also several levels of security within the settings of the system itself. Importantly, security is also an ease of use issue.

If your wi-fi system’s security features are too cumbersome to implement or use, you’ll probably end up having a network that isn’t secure. The two systems are comparable regarding security, though the Velop is harder to configure.

When it comes to Netgear vs. Linksys, neither has a reputation for being better than the other regarding usability. The key to ease of use features is that they enable you to make changes to your configuration without worrying about breaking everything.

The Orbi is thus easier to use than the Velop thanks to its app-based control scheme.

Speed is a huge concern, especially because if you pay for a fast internet connection you’ll need a fast wi-fi system to get your money’s worth. The best mesh wifi networks are nearly as fast as the connections to the outside that they retransmit.

Most of the time, mesh networks are slightly slower than their ethernet backhaul compatriots though. Be sure to run a few speed tests to determine where nodes are optimally located.

The Orbi is more than three times as fast as the Velop.

Stability isn’t a problem for most modern wi-fi systems, but with mesh systems, the consistency of signal and nodes can vary. You need stability because it’s a pain in the neck to correct freezes or wait for reboots.

On a mesh system, these concerns are amplified because one failure can cascade to other nodes and prevent them from reaching the internet. This vulnerability goes double for daisy chained nodes.

Finally, an underrated aspect of stability is wi-fi band capability. Especially if you’re in a crowded area, you need your system to make use of the portion of the electromagnetic spectrum that is the least crowded within the range of frequencies allotted for wi-fi.

If you have a triband system, you can use three separate “bands” of frequency to find the spot with the least interference. If you pick a spot with a lot of interference – or are forced to – you’ll experience your connection cutting in and out.

Both the Orbi and the Velop are triband systems, and both are very stable. The Velop does have access to the 5GHz frequency, which the Orbi does not, however.

This means that the Velop can theoretically cut down interference but given that many other systems operate on that frequency too, the benefit may be minimal.

Especially if you are going to have a lot of nodes in your house, the aesthetics of your wi-fi system nodes can make a big difference. Remember, you’ll need to have your nodes within line of sight with each other if you want their signal to be the strongest.

This fact means that you’ll have your wi-fi system out in the open in your house, and you’ll have to look at them often. Most people opt for an understated aesthetic; the Orbi slightly wins out.

Not all wi-fi systems are compatible with all ISPs. The surest way to check which systems your ISP supports is to check out your ISP’s website. There should be several lists of approved brands and model numbers.

Now, let’s take a closer look at the products.

The Linksys Velop Tri-band Replacement Network is a great mesh net system because of its ability to daisy chain and supports many nodes.

Daisy chaining means that you can potentially configure your Velop network to cover a very oddly shaped area, or to cover multiple floors of your house without a hassle.

Likewise, the fact that the system supports many nodes also helps with covering irregularly shaped areas because you’ll have more flexibility about the pattern your nodes are placed.

The downside is that the Velop firmware is a bit more complicated as a result. Enthusiasts won’t mind, but people who are just looking for a good home wi-fi system may be in over their heads when it comes to configuring exactly where each node links into a daisy chain with another.

The Velop’s speed is a bit lacking, too. It tops out at less than 1000 Mbps, which means that it’s significantly slower than other mesh net nodes.

If you’re doing some serious downloading at one of the extremes of your network, it’ll take longer than if you were sitting at the point where the system plugs into the ethernet port. If you’re just browsing email or watching videos, you probably won’t be able to notice the difference.

Luckily, there are other features that make the Velop worth purchasing. You can buy a two pack of Velop nodes at a discount, which means that it’s extremely efficient to provide coverage on a square foot basis.

The Netgear Orbi Whole Home Mesh Wi-Fi System is a speedy and aesthetically pleasing rig which is easy to use and has a lot of coverage.

With the Orbi, you’ll cover around 5,000 sq. ft with each unit, which is very good by mesh net standards. Unfortunately, you’ll have to make good with a very few of these coverage areas, as the Orbi system is not capable of daisy chaining. The Orbi 3 pack is everything the system can support.

This means that the Orbi is best suited for large homes with a lot of open areas rather than home with many floors or many corridors.

Luckily, the Orbi is very fast, clocking in at 3000 Mbps. You should only expect to get these speeds if your surrounding network is relatively sparse on the 2.4 GHz channel, though.

The Orbi system is controllable via the iOS app, which makes it very easy to set up the system or make changes to its parameters. This is great because it means you can use the Orbi’s guest account functionality seamlessly – a major bonus if you have friends or family over frequently.

The Orbi also has great parental controls, which can be very granular if there are certain lines that you want to draw.

For those with children who want to control access to the internet without getting a headache during the setup procedure, the Orbi is probably the better choice. The parental controls and app for ease of setup are just a lot less finicky than with the Velop.

The Velop is ideal for hardware enthusiasts or those who are more interested in creating a genuine mesh network with many nodes. Though its speed is much slower than the Orbi, the Velop’s ability to daisy chain makes it a true mesh system, unlike the Orbi.

Most users will probably do better with the Orbi because of its wider coverage and faster speed; the better aesthetics don’t hurt, either. Though signal interference may be an issue with the Orbi in crowded areas, the same is true of all other systems on the market in those conditions.

Alternately you can check out Google Wifi here. 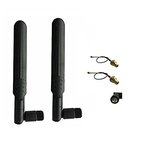 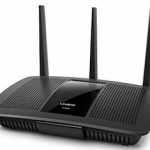 Sonos Play 1 Vs Play 3 (The Best Setup For Full Sound?)