Love them or hate them, no one can say that the Beats line of headphones hasn’t been a massive success. While you can still get wired phones from the good Dr Dre, most of the lineup is now wireless. To pair Beats Wireless headphones is pretty straightforward, but if you’re a newbie it can be a little confusing.

Even if you love those wired headphones, now that Apple has started the process of eliminating ye olde headphone socket, it won’t be long until other companies follow suit. So sooner or later you’ll have to get on the wireless bandwagon.

That’s why you need to calm down, set aside those fancy cans and take some time to go over the steps. Luckily you’ve come to the right place and together we’ll go over the process to pair Beats wireless headphones with another Bluetooth device.

Blue in the Face

Before getting to the Beats-specific issues, let’s quickly talk about Bluetooth for those who have never heard of it.

Bluetooth is a short range digital radio technology. It lets any two devices with a Bluetooth radio talk to each other without needing anything else to interpret between them. Just about any digital info can be beamed over Bluetooth, including audio.

These days Bluetooth is standard on just about every smartphone, tablet, and laptop. Game consoles and many desktop computers now have it too. New audio receivers are also getting the Bluetooth treatment, so there are plenty of things to pair Beats wireless headphones with!

Before you go poking around on your phone or tablet, you should be familiar with the main control you use to manage and pair Beats wireless headphones. Locate the “b” button on your headphones.This is what you’ll be using to operate the headphone side of the process.

It may seem obvious, but it needs to be said: make sure the Beats are actually on before you get on the phone with customer support. Beats wireless headphones usually have an indicator LED light on the left earcup that will be on when the headphones are active.

You also have to make sure that the Bluetooth function is on for the device you want to pair Beats wireless headphones with. So let’s go over that first.

Chances are that your smartphone or tablet runs the Android operating system. This is by far the most popular platform for mobile devices and it’s getting better every day.

The problem is that each company that puts Android into their product can change the way it looks and works. This makes it hard to give universal instructions on how to switch the Bluetooth on.

Still, for most Android gizmos you’d do the following:

If you tap on the word “Bluetooth” you should also go to a page that lists any active Bluetooth devices that are in range. This is important because when we’re ready to connect, our Beats headphones will appear in this list. 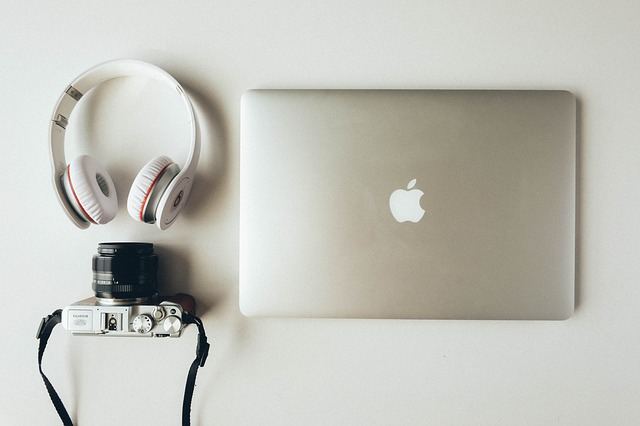 If your taste in phones or tablets is of a fruiter persuasion, then the process to switch on Bluetooth is standard across devices.

Below the toggle, you’ll also see the  “My Devices” entry where Bluetooth stuff is listed.

If you did it right, the LED should flash four times and then stay on. That’s the sign of a successful pairing. Congrats! You should be ready to rock now.

Since we don’t want to drain the battery when not using the Beats wireless headphones, you should also know how to disconnect the Bluetooth link. To undo what you’ve just done, simply hold the “b” button and the connection will be severed.

Once you have managed to pair Beats wireless headphones, you won’t have to do it again. As long as Bluetooth is active on the target device, you just have to press and release the “b” button once to connect again. Most Beats models will remember the last four devices you connected to without having to go through pairing again.

Don’t forget, it’s not just audio that gets beamed to the headphones. Thanks to the magic of Bluetooth, you can also control the phone using the button on  Beats wireless headphones.

If you’re taking a call, a single click of the button will answer and then again end it. You can reject a call by holding the button for two seconds or double tap it to take it on the phone itself.

While listening to music, a single button press will pause or resume the music. A double tap of the button will skip to the next track. Double tap and hold to fast forward. That’s a lot of functionality for just one button.

If you ever have problems with a connection, restarting the devices or going through the pairing process usually resolves it. There’s not that much that can go wrong these days with Bluetooth audio and it sounds better than ever.

Now that you know how to make it all work, that headphone jack will be gathering dust in no time!

Cans of Gold: How to Choose High-end Headphones