According to Professor Steven Pinker, the world is becoming a safer place, but even so, a responsible adult knows that you need to be active about your safety.

Half the battle is knowing exactly what’s going on and having an early warning system so that you can prepare for trouble and call for help as soon as possible.

A great way to improve your safety is by making use of a home surveillance system, but for a long time that was only in the realm of the wealthy.

These days, however, just about anyone can afford to install a decent set of cameras in their home or smart home. Even better, you can now access and manage them from a smartphone app. Often from the other side of the world!

In this article, I’m going to go over the two main types of camera setups you can consider and the apps that go with them. By the end, you should have a clear idea of which solution will best work for you.

CCTV or “closed circuit television” has been around for ages. It’s basically a bunch of cameras all over your property that physically connect via a signal cable to a central switch and video monitor.

CCTV is generally analog, but hook up to a digital receiver through some sort of analog capture device.

It’s pretty common for that “digital device” to be a computer with a special capture card and CCTV software on it. Now, however, it’s becoming popular to use an application on smartphones and tablets to monitor the video feeds. To do that you need a DVR with internet connectivity.

For example, iDVR-PRO makes these CCTV DVRs and you can use their app to access them. In order for a DVR to work in this way, it needs an IP address that the app can access.

If your internet connection at the premises has a static IP address then the DVR can often be accessed directly. Most people do not have a static IP address and so a more common solution is for the company who makes the DVR to provide an intermediary service to connect the app to the actual DVR device.

Setting up a CCTV system is one of the more technical camera solutions today. It’s a good idea to have the work done by a professional and to ensure that the DVR that the system uses is compatible with the app of your choice.

With the right combo of app and DVR, you may get some really neat features. Such as the ability to remotely control motorized cameras, switch cameras at will and review recording.

Compared to independent IP cameras, a CCTV system may seem like an archaic choice, but there are more than a few advantages to going old-school:

On the other hand, CCTV is a pain to install and can be inexplicably expensive compared to other solutions. There’s also a single failure point if the DVR dies nothing works. If your DVR maker doesn’t have its own app it can also be pretty tricky. Using a generic CCTV app may mean long hours of fiddling with things to get it working while not having access to DVR-specific features.

Actually setting up CCTV apps is generally not hard, and basically, just involves creating an account with the aforementioned intermediate service or just typing in the public IP address of your DVR device.

The other major choice is to have one or more “IP” cameras. Each one of these cameras connect to the internet individually and have their own IP address.

Usually, IP cameras have their own manufacturer-specific apps too. However, it’s common to mix cameras from different brands, which means branded apps won’t work.  So if you end up mixing camera brands you may need to look for a more universal application.

IP cameras need to be connected to your local network at the very least and to the internet itself if you want to use them remotely.

In general, you’ll hook them up either through a physical ethernet cable or via WiFi. Doing it via ethernet is pretty straightforward: just plug it in. The thing is half the reason IP cameras are a good choice is the fact that you don’t have to lay cable for hundreds of feet.

Connecting via WiFi can be initially tricky, but these days both routers and IP cameras tend to have WPS buttons. So all it takes is pressing both buttons to establish the link. Otherwise, the initial startup involves taking an ethernet lead and connecting the camera to the router temporarily.

Once you have network access you can either access the camera by entering its IP address into your browser or (more easily) using an app on a phone or tablet connected to the same local network.

From there configuring the camera is easy and you can also register it on the manufacturer’s cloud services, if any.

To IP or not to IP

IP cameras are popular with home users simply because just about anyone can get a fairly comprehensive system going in no time, but IP cameras come with their own foibles.

On the upside, as long as your network or internet stays up, individual cameras can only fail by themselves. In a CCTV system if the hub device goes down all the cameras stop working. It’s usually less likely for the internet to go down than for a DVR to bug out, but honestly, it could go either way.

There’s an App for That

So what about the apps themselves? There are an astounding number of apps competing for your money and attention, but a few do stand out. 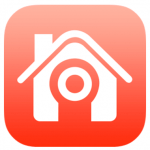 AtHome Camera is one of the most popular and well-regards security camera apps on Android and iOS. It’s ad-supported, but the actual app is open source, so expect many other to modify and improve it.

AtHome is incredibly versatile and runs on various platforms. It supports advanced features like pan and tilt while working with possibly the widest list of devices I’ve seen. If you’re going to start anywhere, this free option is the logical place to do it. 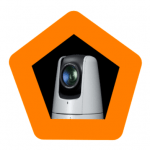 ONVIF IP Camera Monitor is another great choice that supports thousands of cameras.

It’s notable for how easily it can automatically find cameras and provides flexible recording options.

A great choice to get going quickly. 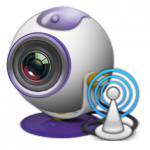 If you’re using a CCTV DVR then a good app to check out is MEyePro. It’s not locked to a particular brand of CCTV DVR and can work with some older models too. A potential money saver!

It’s not locked to a particular brand of CCTV DVR and can work with some older models too. A potential money saver!

Never compromise on security, or so they say. With these apps and cameras, you can sleep a little more soundly knowing that your stuff is just a little safer from being pinched in the middle of the night.

A Need for Attachment: How to Do Bluetooth Tethering