Nothing shows off your smart home speaker setup like a slick multi-room audio setup. In this arena, most people would agree that Sonos is the king.

When their speakers work it’s a fantastic experience and makes for a killer party. When you have Sonos problems, it can feel like the best solution is to throw them all in the trash and go back to a gramophone.

Have You Tried Turning it On and Off Again? 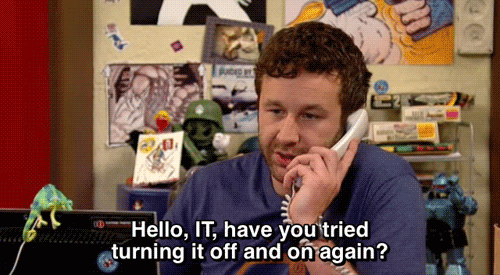 It’s amazing how many problems can be solved just by rebooting stuff. In most cases, you should do this first before doing anything else. Rebooting a Sonos speaker is pretty easy:

By far, most people have issues that relate to the WiFi networking feature of Sonos speakers.That’s sort of their main gimmick, so if you can’t get them to play nice with the WiFi in your home they basically turn into very expensive Bluetooth speakers.

The good news is that you aren’t alone, most of the common issues with the connectivity is easily solved if you can figure out what the actual problem is. Let’s have a look at the common wireless woes that befall Sonos owners from time to time.

Problem number one is not getting a good clear signal. Just like any other radio, WiFi signal range is influenced by the inverse square law. At one end of the table it all works fine, move it along a foot and nothing works. It may help to use a WiFi signal testing app to find and avoid the blind spots in your home.

The Sonos speakers use WiFi. The mobile app talks to them over WiFi. You’d think people would check that everything was one the same WiFi network. Still, we all have our “duh” moments from time to time. Just check that all the devices that you want to talk to each other are on the same network.

WiFi is just radio in the end, so it’s possible for another radio source to jam or mess with your WiFi signal. This can be a neighbor’s WiFi or a mad scientist on your block messing with the fabric of the space-time continuum. Whatever the reason, changing the WiFi channel may solve the problem.

No Bridge? No Problem

So you’ve heard that you can now directly connect your speakers to your router without a bridge. You unplug the bridge, but it doesn’t work. You angrily write an email to Sonos telling them what liars they are. They write back to say that you have to update your speakers first, silly.

OK, Maybe You Need a Bridge

You’ve ditched the bridge and now suddenly the speakers furthest from the router stop working. Bad news, Sonos speakers can only work as signal repeaters if you use their bridge. Sorry, Bruce Wayne, your mansion needs that $40 bridge. That’s like, one Batarang, right?

The same goes for that cool wireless surround setup you have in your home theater. Ditch the bridge and it won’t work right.

So your problem isn’t that you can’t get the connection to work, just that the noises coming from your expensive speaker system is trash. All’s not lost, there are some things you can do to make things sound better.

How good the sound is that reaches your ears has a lot to do with the space you’re listening in. An orchestra sounds very different in an auditorium than they do in the open air of sports grounds. The shape and nature of your room also colors the sound that comes from your speakers.

One solution to the issue is giving the room a proper acoustic treatment by using acoustic paneling that absorbs or scatters errant sound.

Before you do that though, be sure to give the Trueplay a try. It’s an ingenious app from Sonos that uses the mic on your phone or tablet to measure and tune the speaker until it sounds right in the room it’s in. For most people, this will sort out sound quality issues without spending a fortune on acoustic paneling.

No, not your taste in music. The fact that speakers that should be playing in stereo aren’t doing it. It turns out that you have to tell a Sonos speaker if it is on of a pair. For example, if you have two Play:1 units they’ll both play the same thing unless you pair them.

You can only do this with two of the same Sonos units that explicitly say they do the stereo thing.

Here’s what to do:

Obviously, if this is a first-time setup you need to complete that for each speaker before you can create your stereo pair.

While these are the most common and least serious problems, they aren’t the full extent of what can go wrong with a Sonos setup. Just the ones that are frequent and pretty easy to fix.

If none of the above works it becomes much more likely that there’s an issue with your network or some obscure technical setting somewhere. The most important thing to do is isolate where the problem is so that you can search for a specific solution. So, in general, you can do the following to track down issues:

Or just forget about the whole thing, dump your Sonos speakers in the trash and get a sweet pair of wireless earbuds instead. Hey, it’s just an idea.

How To Setup Your Wifi Repeater Like A Pro