Home entertainment is a big deal, no one can honestly argue that it isn’t. Whether it’s arty-farty Criterion Blu Rays or streaming the latest season of Rick and Morty, just about everyone loves a good TV experience at home.

Our TVs are now flat, wall-mountable and getting bigger and bigger, so is there still a place for the home projection system in a modern home theater?

Projectors haven’t been standing still either. They are now brighter, quieter, cooler and cheaper than ever. For just about every price point televisions are sold at there is a projector that could be yours too, but what considerations should pull you one way or the other?

So sit back, get the popcorn and let’s watch these two display technologies duke it out for a spot in your home.

One of the key goals when building a home cinema is replicating that immersive experience we get when going out to the movies. So one of the main things we have to worry about is how large the screen surface is.

This used to be an easy win for projectors because CRT TVs pretty much topped out at just over 40”. A 50” CRT TV wouldn’t fit through a normal door. Thanks to LCD, plasma and OLED technology TV’s over 50” are both relatively cheap and plentiful. You can buy flat screens in excess of 80” with reasonable ease and there are rare ultra-expensive models that are 110”. If you are Bill Gates then this 262” model could be yours too.

The problem is that the price of larger flat screen TVs goes up at an almost vertical rate. So most people can realistically afford something in the 50”-70” range. Projectors easily trump TVs when it comes to dollars-per-inch. A 120” projection is definitely within the realm of possibility. So if pure size is important to you then that’s a big tick in favor or projectors.

Fear of the Dark

On the flip side, TVs are by far the best when it comes to typical lighting conditions. In other words, to get a good picture from a projection system you’ll have to darken up the room. Even sunlight coming through the drapes or blinds can have an unacceptable negative effect on the picture.

You can overcome ambient light by getting a projector that produces a brighter beam, but that comes with quite a few compromises. Including additional heat and noise.

The bottom line is that if you want to have a good picture in a room where you cannot or don’t want to get rid of ambient light, TVs are the best choice.

This used to be very clear cut. Projectors used hot incandescent bulbs that only last a few hundred hours, needed noisy active cooling and would generally be unpleasant to work with.

These days with LED projectors those three problems have been largely solved. However, most home theater-grade projectors still require some active cooling which means that they still generate noise. An LCD or OLED is virtually silent. It may not seem like a big deal, but if you watch content with a lot of quiet moments the presence of a small swarm of bees emitting a hum may detract from the experience. 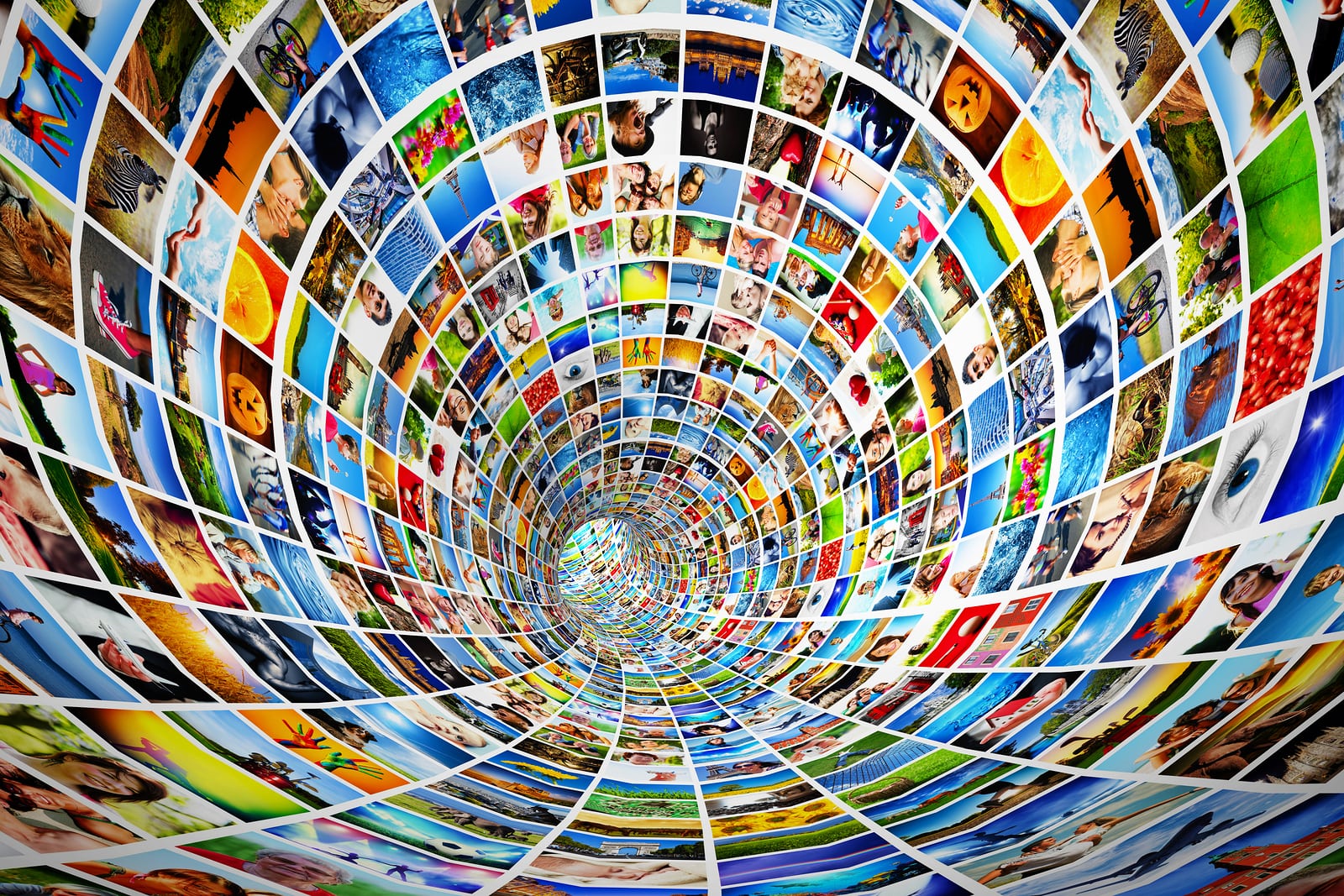 In TV land 1080p resolutions are now basically standard and projectors are also starting to move Full HD into the realm of affordability. However, as things stand the sweet spot is 720p for projectors and if you have to ask how much a 4K projector costs you can’t afford one.

Resolution is not the be-all and end-all that many people make it out to be. Other factors such as contrast and color can make a lower resolution picture appear more attractive. When plasma TVs were still being made plenty of 720p models would knock the socks off the washed-out 1080p LCD models on the market.

What does matter is how far you sit from the image. Here’s a handy calculator that will give you an idea of the resolution you should aim for and not waste or lose detail.

A projector with a 100” screen and a 1080p resolution mean you have to sit 13 feet or about 4 meters or closer, as an example. You’ll have to do the cost-benefit math yourself in light of your own room dimensions.

One thing that projectors have in their favor is the fact that you can effectively hide them when not in use. You can do that with a TV as well, but it requires some fancy mechanical system or making modifications to walls and other structures.

A Projector can be mounted up on the ceiling, out of the way and with nothing to take up floor space. If you also mount your speakers this way it can be a surprisingly space-efficient way to set up a theater.

In the end, there is no “right” or “wrong” choice here. There are only choices that are right for your own circumstances. We can do some broad profiling here though.

If you can live with a screen between 50” and 70” then you’ll generally be better off with a TV rather than a projector. If however you absolutely must have that 100”+ screen and aren’t ultra-rich then a projector is the only practical solution.

If the content your watch is mostly 720p (such as Netflix) or you are a console gamer that plays games in 720p a projector can be a great way to blow up the picture without breaking the bank. After all, 720p content has no extra detail on a higher-resolution screen.

Speaking of gaming, it can be great on a projector, but pay special attention to the latency and response times listed for a projector. If gaming is your main aim you may want to invest in a special low-latency gaming projector such as the BenQ HT2150ST.

That’s all you need to know to get started with this tricky choice, if you’re looking for an affordable entry into the world of digital projectors, check out my reviews of the best projectors for under $200.

Is Kodi Safe, Legal or Not?