Thanks to Bluetooth technology, it’s easier than ever to take your favorite music on the go with you. These days, there are thousands of Bluetooth speakers on the market ranging from around $15 to several hundred dollars. It can be challenging to know where to start if you’re in the market for a quality Bluetooth speaker.

Fortunately, Ultimate Ears has emerged as one of the most trusted brands of portable speakers on the planet. Two of their most popular models are the Megaboom and Boom 2. Today, we’ll take a closer look at the defining features of each product, so you can make an informed decision on what the best UE speaker is for your needs.

Get The Megaboom If:

Here’s an easy way to look at the difference between the Fire TV and the Fire Stick—imagine the Fire TV is the premium version of the same car. One may be more capable, but is it worth the extra cost?

If you’re not sure, keep reading—we’ll be answering that question as best we can.

The Boom 2 is one of UE’s most popular speakers, and it delivers tons of great features that music lovers are sure to appreciate.

The Boom 2 has some heavyweight components under the hood, which is one of the reasons why it’s such a popular wireless speaker.

As for the speakers, the Boom 2 features a total of four speakers: two 45mm active drivers and two 45mm x 80mm passive radiators.

While the Boom 2 comes in at only 9 watts, it’s extremely loud thanks to the sensitivity of the speakers. The speakers pump out a maximum of 90dBA, although you can expect the sound quality to degrade slightly at maximum volume. The Boom 2 provides more than enough volume to fill a mid-sized room, or start a modest outdoor dance party.

The frequency range on the Boom 2 is 90Hz-20kHz, which is impressive given the size of the unit. However, it does leave a little to be desired when it comes to bass response.

One of the most important and desirable features of the Boom 2 is its IPX7 waterproof rating, which is one of the highest ratings a product can attain. This translates to the Boom 2 being functionally waterproof. It can even be completely submerged in up to three feet of water for up to 30 minutes before it begins to show any signs of water damage.

The design of the Boom 2 is sleek and streamlined, with minimalistic controls that provide you with everything you need, and nothing you don’t.

The Boom 2 measures in at just over 7” high by 2.75” in diameter and weighs just over a pound. Large grills on either side protect the speakers inside. The controls are minimal. Controls to raise or lower the volume are on the side of the unit, and the top features power and Bluetooth sync buttons. The top of the unit is also touch sensitive and allows you to pause or play music with a single tap, and skip songs with two taps.

On the bottom of the unit, you’ll find a 3.5mm jack, which is helpful for playing music off any device that isn’t Bluetooth enabled. The bottom of the unit also features a micro USB charging port and a removable D-ring that reveals a tripod mount insert when it’s removed.

The ports on the bottom are covered by a weather door, so you won’t have to worry about the ports getting ruined when the speaker gets wet.

The Boom 2 features Bluetooth connectivity with an impressive 100-foot range. You’re able to pair up to eight Bluetooth devices with the Boom 2, and you can connect two different sources to the Boom 2 at once.

You can also connect two Boom 2’s and play music from one source for an immersive stereo experience.

The battery life on the Boom 2 is ample, allowing for an average of 15 hours of continuous play before you need to recharge. Of course, this is relative. Depending on the volume you’re playing music at, you may end up getting more or less than 15 hours of play out of the speaker between charges.

UE stands behind their products better than nearly every other manufacturer in the market, and their warranty is evidence of that.

The latest Bluetooth speaker from UE, the Megaboom, picks up right where its predecessors have left off, and it offers some significant technical improvements over the other speakers in the line.

The Megaboom is fairly similar to the Boom 2, with some notable technical additions.

The Megaboom also features a total of four speakers. But, compared to the Boom 2, they’re considerably larger. The two active drivers measure in at 51mm while the two passive radiators are 51 x 102mm.

It also packs much more wattage compared to the Boom 2, coming in at 36 watts compared to the measly 9 watts of the Boom 2. UE also rates this speaker at 90dBA, which is the same as the Boom 2. However, the Megaboom is noticeably louder, and it’s able to maintain higher sound quality at peak volume.

The frequency range of the Megaboom is also considerably wider, and measures in at 65Hz to 20kHz, which translates to a significant improvement in bass response.

It also carries an IPX7 rating, so you won’t have to worry about water damage with this speaker. It’s built to last, and it’s capable of standing up to falls from five feet, and immersion in up to 3 feet of water for up to a half hour.

The design of the Megaboom mirrors the aesthetic of all other UE products. Most of the differences with the Megaboom compared to the other products in the UE line are size related.

The Megaboom measures in at 9 inches tall by 3.25” in diameter and weighs in at just shy of two pounds. The grilles that protect the speakers are identical to those of the Boom 2, and the controls are the same as well.

On the side, you’ll find controls to raise and lower the volume. The top features a power button and a Bluetooth pairing button, and its touch-sensitive to allow you to change songs or pause the music with a tap or two, just like the Boom 2.

The bottom of the speaker features a charging port and a 3.5mm jack for connecting non-Bluetooth devices. A weather door covers these two ports to prevent any damage if the speaker gets wet. There’s also the same removable D-ring as the Boom 2, which reveals a tripod mount when the D-ring is removed.

You can connect the Megaboom to any Bluetooth enabled device, and the speaker offers a top range of 100 feet. All of the impressive connectivity features carry over from the Boom 2 as well. You can pair up to eight Bluetooth devices to the speaker, control playback on two speakers from one sound source.

One notable inclusion with the Megaboom is the speakerphone feature, which automatically pauses your music, so you can answer the phone. You can answer your call from the phone itself, or by pressing the Bluetooth connect button on the top of the speaker.

The Megaboom offers a significant improvement to the battery life of the speaker, to the tune of 25% longer life when compared to the Boom 2.

The Megaboom provides about 20 hours of continuous playback before it needs to be recharged. Just like any other device, your mileage will vary based on the volume you listen to your music at.

UE also includes a few extra bells and whistles on the Megaboom which are absent from their other offerings.

We mentioned the speakerphone feature just a moment ago, but the Megaboom also includes an alarm mode and customizable EQ.

You can set up an alarm through the UE app so that you can wake up with your favorite songs each morning instead of the obnoxious drone of an alarm clock.

Most notably, the Megaboom includes a customizable EQ which allows you to choose from one of four preset modes that you can tailor to your liking with the customized tuner. This is a feature we love since it’s great to be able to tailor the sound system’s EQ based on the type of music you’re listening to.

Just like the Boom 2, the Megaboom features UE’s industry leading two-year warranty. If anything goes wrong with your speaker in the first two years of use, contact Ultimate Ear’s customer service department to arrange a replacement.

While Ultimate Ears has cemented their reputation as a reliable manufacturer of extremely durable and high-quality Bluetooth speakers, there are other options you may wish to consider as you search for the perfect speaker for your needs.

JBL has a longstanding reputation as a leader in the performance audio space, and they make nearly 20 different Bluetooth speakers.

JBL’s Link 20 is a popular option, and at around $150, it sits right in the middle of the Boom 2 and Megaboom, price wise. It has some seriously innovative features, such as built-in Google Chromecast and voice-activated controls. However, it isn’t as loud as either of the UE speakers we’ve covered, it isn’t waterproof, and it only offers about 10 hours of continuous playback.

Bose is another industry leader, and their Soundlink line of Bluetooth speakers provides some of the most impressive playback quality of any Bluetooth speaker. The Bose Soundlink Color II is available in several different colors, just like the Boom 2 and Megaboom. However, it only offers about eight hours of playback, and the range is only about 30 feet, as compared to 100 with the UE speakers.

The Altec Lansing Lifejacket XL is one more worth considering. It’s built to last and has an impressive 40-hour battery life that dwarfs virtually every portable Bluetooth speaker. It even has a built-in power bank for charging your smartphone. However, the sound quality isn’t quite as good as the UE speakers, and the design leaves a bit to be desired.

Picking a winner between the Boom 2 and Megaboom is difficult since both are such great Bluetooth speakers. But, there has to be a winner in our head to head matchup, and with that in mind, we give a slight edge to the Megaboom.

While the Megaboom is around $80 more expensive than its predecessor the Boom 2, we believe the additional features of the Megaboom are worth the price. The alarm and speakerphone options are a nice touch, but what swayed our decision was the battery life, bass response, and customizable EQ.

At 20 hours between charges (and significantly longer if you play music at low volumes) there aren’t many speakers that can compete with the battery life of the Megaboom. For that matter, there aren’t many that offer this level of bass response, either. Add to that the EQ feature, which allows you to dial in the best possible tone for your speaker at any volume, and you have a speaker that’s perfect for nearly any scenario.

If you’re looking more for a Bluetooth speaker to use in your room, or if you’re not concerned with playing music at high volume, you may be better suited with the more affordable Boom 2. Either way, both are great Bluetooth speakers and are among the leaders in the category.

Echo 2 Vs. Echo Plus 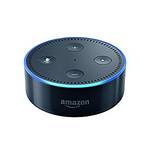 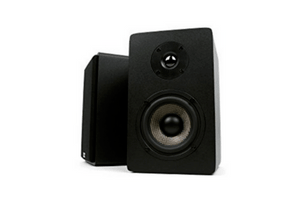 The Ultimate Guide to Home Automation